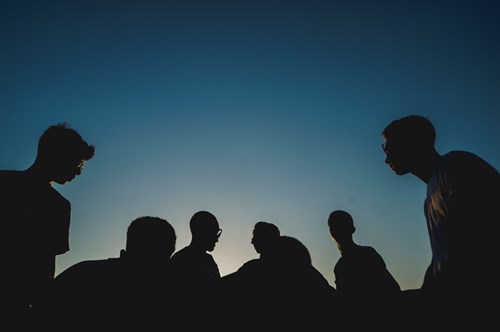 The Network will be launched on 3 April in East Bentleigh, inspired by a community member’s passion to increase prevention work in the local area following the suicide of her son in 2015.

“The Suicide Prevention Network will remember those who have died by suicide, recognise the impacts on loved ones, and raise awareness and capacity to talk about suicide more openly in our local communities,” she said.

It follows the suicide prevention forum “Suicide: Why Talking About It Won’t Kill You” hosted by Connect Health & Community last September after the deaths by suicide of two local secondary school students. The network’s membership will include young people and both Headspace and Connect Health will act formal advocacy supports for all young members.

“The forum found there was a great stigma in talking about mental health issues and subsequently community members felt unsupported throughout a series of tragic events that left families, peer groups and communities shattered,” she said.

“This new network will be run by the community, for the community, seeking to increase awareness and help seeking behaviours while educating our broader community about the far-reaching issues associated with death by suicide,” she said.

Professor McGorry said he was moved by the locally-grown network and its work to help those left behind by suicide and contemplating their own futures.

“It’s so inspiring to see whole communities mobilising to remember those who have been lost and to stem the rising tide of preventable deaths in young people due to suicide.  This is such an achievable aim if we all work together and ensure that people get the help and expert care that they need when in the danger zone and beyond.”

“These figures are earth-shatteringly shocking, as is the impact on the lives of those left behind.  Death by suicide is the leading cause of preventable death for young people and therefore it is vital that young people have a voice in our community.  They are encouraged to attend this forum and will be given formal advocacy to ensure they are heard by our Youth Social Work team,” she said.

Ms Murphy said the Suicide Prevention Network would encourage open communication and active support aimed at the needs of those who need support within our local communities.  Changing behaviours and perceptions around suicide would also be a focus.

“We want the Suicide Prevention Network to work within our community to let those who are struggling know that it is okay to talk about the challenges in their lives.  How can we begin to combat the issue of suicide if we can’t even talk openly about it?  How can we expect our young people to seek help, if they don’t feel safe to express their distress?” she asked.

Connect Health & Community will launch the Suicide Prevention Network with a community event on Wednesday, 3 April.  Interested and passionate community members are invited to join the network, with both young people and adults encouraged to become involved.

The Suicide Prevention Network Community Launch will be held on:

Light refreshments will be provided