In partnership with Wesley Mission’s LifeForce, Headspace and the local communities, the South East Suicide Prevention Network is now up and running. Co-chaired by two community members Vivienne Blennerhasset and Kirstie Edwards; with representatives from Connect Health & Community and Headspace, the network aims to provide local support to suicide prevention activities.

The Network was founded after calls for local support from Vivienne, who lost her son to suicide in 2015 and found an enormous lack of support or prevention services in our local communities. Vivienne and community health specialist, Kirstie were connected and the Suicide Prevention Network, was launched in April 2019.

The Network currently includes community members of all ages from the Bayside and Glen Eira areas, with some who travel due to lack of prevention activities in surrounding areas. More than half of its members are under the age of 25 years. The network remains open for membership and particularly encourages males and young people to join.

“The Suicide Prevention Network remembers those who have died by suicide, recognises the impacts on loved ones, and raises awareness and capacity to talk about suicide more openly in our local communities,” she said.

“This group is run by the community, for the community, seeking to increase awareness and help change behaviours while educating our broader community about the far-reaching issues associated with death by suicide,” she said.

Mental health advocate, Professor Patrick McGorry said he was moved by the locally-grown network and its work to help those left behind by suicide and contemplating their own futures.

“It’s so inspiring to see whole communities mobilising to remember those who have been lost in an effort to stem the rising tide of preventable deaths in young people due to suicide.  This is such an achievable aim if we work together and ensure that people get the help and expert care they need when in the danger zone and beyond.”

“These figures are earth-shatteringly shocking, as is the impact on the lives of those left behind.  Death by suicide is the leading cause of preventable death for young people and therefore it is vital that young people have a voice in our community.  We encourage young people to participate in this network and will provide formal advocacy from Connect Health & Headspace to ensure they can contribute meaningfully,” she said. “The very same applies for Australian males, accounting for approximately 6 of the 8 deaths by suicide per day”.

The South East Suicide Prevention Network meets bi-monthly and is open to all members of the community with meetings held in the Glen Eira and Bayside areas.

The network consists of smaller working groups according to the activities undertaken, which will be reviewed annually. Currently, working groups are preparing for 2019 World Mental Health Day, a large memorial event in 2020, training and education, and a young person’s group that will plan and implement an event for young people. 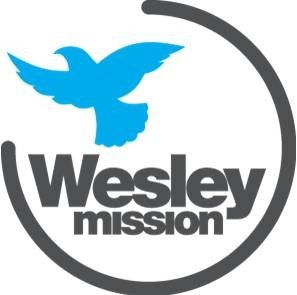